The Italian-Indian joint venture Alpina-Neptune Engitech (anepl) is operating in the evolution of heavy clay technology in India, convinced as we are, that once undertaken a path of technological development of this specific field in the Country, this will be unstoppable, to the extent that, the combination of the European experience with the technological fantasy, that young Indian engineers are able to express, in a few years will lead to remarkable results.

The situation of the Heavy clay industry in India.

Central Pollution Control Board (CPCB) has recognised the brick production industry as a highly resource and energy intensive and polluting industry owing to prevalence of obsolete production technologies. While, the clusters are the source of local air pollution affecting local population, agriculture and vegetation; at a global scale they also contribute to climate change.

The brick industry competes for resources with other sectors, which poses a significant challenge to the sector. Coal is one such resource that is required for the power, steel and other crucial sectors. Also, top soil or land which could be used for agriculture. The traditional kiln unit itself occupies considerable land area and is subjected to high temperature making it unfit for agricultural activities (after the site is abandoned). The fast depletion of arable land thus caused due to brick making is a matter of concern to India regarding food security.

With an average consumption of 18 tonnes of coal per 100,000 bricks, the brick sector consumes about 24 million tonnes of coal per year which is about 8 % of the total coal consumption of the country (third largest consumer after power and steel sector). In addition, it also consumes several million tonnes of biomass fuels. The share of energy in total cost of brick production is 35-50 %.
The large coal consumption of the brick industry is the cause of significant air pollution in terms of carbon dioxide (CO2), carbon monoxide (CO), sulphur dioxide (SO2), nitrogen oxides (NOx) and suspended particulate matter (SPM). The large amounts of coal used for brick firing also leave behind bottom ash as residue. The air pollution and bottom ash generated cause considerable health problems, especially related to respiratory health, while also causing damage to property and crops.The Supreme Court of India issued a directive for discontinuing the movable chimney kilns and for all brick kilns to conform to new environmental norms. While this signalled a move in the right direction, due to lax monitoring mechanisms such kilns continue to function and flout environmental regulations. Additionally, while kilns with higher production levels and capital have the option to changeover to fixed chimney type BTKs, the small and medium scale brick entrepreneurs are confronted with environmental regulation without having financially viable options to switch and thus continue to run polluting kilns.

The workers in the brick industry are subjected to extreme working conditions and poor remuneration. Currently in India, brick manufacturing is a labour-intensive sector, with crude techniques causing considerable worker drudgery. They are also exposed to high concentrations of Respirable Suspended Particulate Matter (RSPM), during monitoring and regulating the fire, as the furnace chamber is covered with ash (ash acts as insulator). As well as during the manual mixing of fly ash and clay and due to the open dumping and storage of fly ash. Transportation of green and red bricks is done by a head load of 9 to 12 kgs causing health problems, especially in women. Even though the brick workers are exposed to these occupational hazards, coverage under any sort of insurance or medical facilities is virtually unheard of.

In the brick sector, labour is brought in through a contractor (from distant places). Since they are not on the payrolls of the kiln owner, they are not covered under the current labour laws, e.g. Minimum Wages Act. The work force is paid on basis of quantum of work and against completion of certain tasks such as moulding of 1000 bricks, transportation of 1000 green bricks etc. The seasonal nature of brick production generates employment for a limited period of six - seven months in a year. Majority of the workforce has no option, but to engage as labourers (generally as agricultural labourers) for the rest of the year.

The nature of the work requires skilled labour especially for moulding and firing. There is large scale migration towards the major brick production clusters every season due to this. These tasks are traditionally handed down from father to son in the communities. The last few years have seen a labour shortage as the newer generation does not want to be associated with the brick sector any longer. A phenomenon observed in certain clusters due to this shortage is the hoodwinking of entrepreneurs by labour by promising their services to multiple owners, taking advances and not turning up. Labour rates have also gone up driving down margins for kiln owners.”

The limited type of products is reflected downstream in a negative way, when you get to the realization of houses and buildings. As far as we know, an extraordinary work in the materials innovation, is being carried out by the most important European industrial group, with manufacturing plant in Bangalore. However, it will take time to change the habits and the building methods.

These are the basic premises we could find:

1) selling price of a standard indian brick: 3.50 Rs with transportation

Apart from some modern realizations, these are the numbers and the situations, it is necessary to cope with.

Should we suggest the spread of modern automated brick plants?

Basically, they should not be overlooked the current low labor cost, the low selling price of the final product, and the habit of the house builders. Thus, in how much time are the investors willing to amortize a new installation ...? Five years? Then, a total investment of 15 millions Euro (provided they are enough) can be recovered with 5 millions Euro/year? Perhaps, if a plant can produce at least 250,000 tonnes/year and if it is possible selling the product at 40 euros per ton! Against the current selling price of 20 euros per tonne!!! Perhaps, if at the same weight it will be possible to sell products having double volume. And provided the market accepts them!

Besides this, India is a huge Country with 1,2 billion inhabitants.

Other important question: How is the situation of the roads in India? As we read " Inside and outside major cities, roads are often poorly maintained and congested. India has a total of about 2 million kilometers of roads out of which 960,000 kilometers are surfaced roads and about 1 million kilometers of roads in India are the poorly constructed ones. India is also home to Fifty-three National highways which carry about 40 percent of the total road traffic. Although the figures look pretty impressive but the underlying fact is that 25 percent of villages in India still have poor road links. The other problems faced by the Indian roads are; bad riding quality, poor geometrics, and insufficient pavement thickness.""

Furthermore, in our opinion, it is unthinkable to concentrate the production of brick products, whereas it is more appropriate to have small efficient production units, widely spread over the whole Country. We save investments, cost for transportation of fired material, without reducing drastically the labor force.

What to propose then?

There are two major directions that the heavy clay brick industry could follow:

Which one? Maybe both! We would like to speak about  the European technology, useful if the goal will be to make large volumes of product finished to meet what will be the growing housing demand gradually more comfortable. However, we believe that also the Anglo-Saxon technology can find a very good development.

What we believe the manufacturers of machines and plants should do, besides occasional highly modern realizations, it is to begin proposing technological improvements to the existing local production methods,  possibly not so highly expensive in terms of investment costs.  Within a field nowadays still so poor, only modest investments, with a strong innovative impact, can be financially viable. Since it is not possible to drastically intervene on the type of the final products, we should pay attention to the productive technology, and consequently on the investment costs:

After that, they should be innovated the cooking processes, so as to drastically reduce the energy consumption, and finally, take care of the artificial drying processes, in order to free them from the seasonal cycles, so as to extend the productive period throughout the year. Most probably this will take from two to five years of waiting and preparation. Surely you will have to face technical and commercial preliminary costs, but for sure, as it has happened in other parts of the world, such as in North Africa, some countries of the Latin America, and I can think of Peru, Bolivia, Colombia, Argentina, the change towards more advanced technological solutions, at first shy, will then become tumultuous.

What can be done accordingly, from now?

Below you can see:

The result is a more efficient and economical management of the entire production process. The investment is modest, while the production is considerably increased. We are talking about the first timid investments, which will immediately bring an enormous contribution to the economic efficiency of the production system.

WeI do hope the above may give a small contribution to the gradual evolution of the sector, towards more efficient production methods, as well as an improvement of the current working conditions. 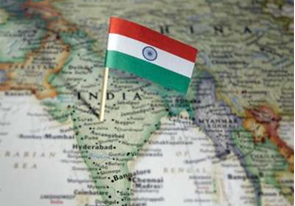